See why TrueLearn is a trusted resource for thousands of medical students and residents. We understand that it’s all about the content. That’s why we have high-yield anesthesia practice questions written and screened by physician authors, which are regularly updated to ensure our SmartBanks stay up-to-date with exam blueprint changes. Below is a free anesthesia exam sample question to showcase what we mean.

Which of the following changes will cause the GREATEST decrease in cerebral blood flow during otherwise normal physiologic conditions?

The correct answer is: C

Decreasing body temperature from 37 to 34 °C will lead to the most significant decrease in cerebral blood flow (CBF).

Cerebral blood flow, under normal circumstances, is tightly coupled to cerebral metabolism, typically represented by the cerebral metabolic rate of oxygen (CMRO2).  Many factors that affect cerebral metabolism, therefore, affect CBF.  Notably, CMRO2 and CBF are affected by temperature such that for every one °C decrease in temperature, CMRO2 decreases by approximately 6% with a proportional decrease in CBF. This has led to extensive use of hypothermia for multiple types of surgeries including cardiac, thoracic aneurysm repair, and cerebral aneurysm repair.

Cerebral blood flow is also directly affected by a number of other factors that do not affect metabolism including arterial partial pressures of carbon dioxide (PaCO2) and oxygen (PaO2) and mean arterial blood pressure (MAP).

Within a normal physiologic range, changes in CBF are directly proportional to changes in PaCO2: for every 1 mm Hg change in PaCO2, CBF changes by approximately 3%.  Accordingly, increasing PaCO2 from 40 to 60 mm Hg will cause an increase in CBF of approximately 60%. This effect is relatively short-lived, however, as CSF pH will normalize over a period of minutes to hours and CBF will subsequently return to baseline.

Compared to PaCO2, PaO2 has much less of an effect on CBF. Cerebral blood flow is essentially constant with any PaO2 >50-60 mm Hg. However, CBF rises dramatically when PaO2 decreases below 50 mm Hg.

Cerebral blood flow is maintained relatively constant over a wide range of arterial blood pressures under normal circumstances. This effect is called autoregulation and functions to maintain stable CBF. Under normal circumstances, the range of MAPs over which autoregulation occurs and at which CBF is kept constant is approximately 50-150 mm Hg, though this varies by individual. Therefore, decreasing MAP from 100 to 70 mm Hg will have no effect on CBF. Outside of the autoregulatory range, CBF becomes directly dependent on arterial blood pressure.

A 31-year-old male with type I diabetes is admitted to the ICU after surgery for Fournier gangrene.  Following 30 mL/kg of crystalloid administration, the patient’s vital signs are:

Which of the following is the BEST strategy for providing vasopressor support?

The correct answer is: B

The 2016 Surviving Sepsis Campaign emphasized that sepsis and septic shock are medical emergencies for which resuscitation and treatment should be begun immediately. The recommended initial management for sepsis-related hypoperfusion is the administration of at least 30 mL/kg of IV crystalloid within the first three hours. Following this initial resuscitation, additional fluid administration should be guided by the frequent reassessment of the patient’s hemodynamic status.

For patients with septic shock, vasopressor therapy should be started to initially target a MAP ≥ 65 mm Hg. Norepinephrine is recommended as the first-choice vasopressor since it is associated with reduced mortality and is less likely to cause arrhythmias or splanchnic ischemia than other pressors including dopamine, epinephrine, and vasopressin.  If norepinephrine infusion does not raise MAP to target, the guidelines suggest adding either vasopressin or epinephrine.

Answers A & C & D: Epinephrine and vasopressin are not recommended as the first-line vasopressor for patients with septic shock.

The 2016 Surviving Sepsis Campaign recommends norepinephrine as the first-line vasopressor for patients with septic shock after initial fluid resuscitation.  If norepinephrine administration does not raise the MAP to the initial target of ≥65 mm Hg, the guidelines suggest adding either vasopressin or epinephrine.

Fill out the brief form below to access more free anesthesiology exam sample questions from TrueLearn SmartBanks. And whenever you’re ready, checkout our question bank subscriptions.

ABA BASIC Exam: Everything You Need to Know

How to Use TrueLearn Anesthesia to Prepare for Your Boards 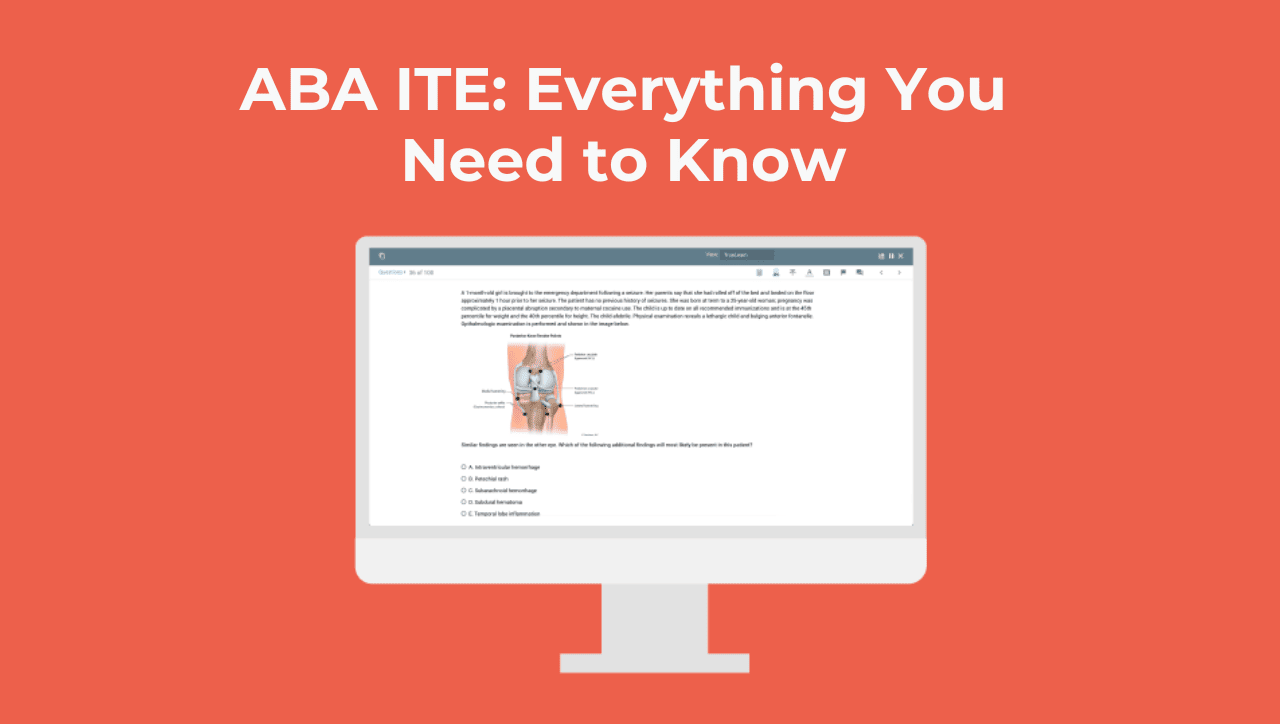 ABA ITE: Everything You Need to Know