The following three USMLE Step 1 sample questions from TrueLearn’s SmartBank test some of the high-yield material you’re sure to see on exam day. Each question is followed by an authoritative answer explanation, complete with rich visuals, a focused Bottom Line statement, and supporting references (including page numbers from First Aid for the USMLE Step 1). Finally, each question also includes a unique TrueLearn Insight.

TrueLearn Insights are where our expert author team provides Step-wise strategies and tables to help you master the exam. Inspired by our authors’ own experience studying and tutoring for Step 1, they address common student struggles through detailed insider advice. As a supplement to our thorough answer explanations, TrueLearn Insights provide added value not available from any other USMLE question bank.

A 65-year-old woman presents to the office with generalized fatigue for the last 4 months. She used to walk 1 mile each evening but now gets tired after 1-2 blocks. She has a history of Crohn disease and hypertension for which she receives appropriate medications. She is married and lives with her husband. She eats a balanced diet that includes chicken, fish, pork, fruits, and vegetables. She rarely drinks alcohol and denies tobacco use. Her vital signs are within normal limits. A physical examination is unremarkable. Laboratory studies show the following:

The patient is prescribed oral vitamin B12 supplementation and advised to return to the clinic for follow-up in 1 month. Laboratory studies performed at that time show persistent anemia with a serum hemoglobin of 9.5 g/dL. Which of the following is the most likely cause of this patient’s anemia?

The patient is prescribed oral vitamin B12 supplementation and advised to return to the clinic for follow-up in 1 month. Laboratory studies performed at that time show persistent anemia with a serum hemoglobin of 9.5 g/dL. Which of the following is the most likely cause of this patient’s anemia?

When approaching anemia questions on the USMLE, start by evaluating the mean corpuscular volume (MCV) as this will allow one to narrow down the list of possible answers. Here, the patient has an MCV > 100 μm3, pointing toward a macrocytic anemia. Common causes of macrocytic anemia include:

Vitamin B12 deficiency can develop if any of these steps are impaired. In this case, the patient’s history of Crohn disease should raise suspicion that impaired intestinal absorption of vitamin B12 is the cause of her anemia. Crohn disease can occur anywhere within the gastrointestinal tract, except for the rectum, but most commonly involves the ileum and small intestine. As a result of ileal damage, patients may have impaired absorption of vitamin B12. In these cases, oral supplementation with vitamin B12 will be ineffective as the ileal damage will still prevent sufficient absorption. A similar finding would be expected in cases where patients are lacking intrinsic factor (eg, pernicious anemia, post gastrectomy).

Historically, the Schilling test would have been used to assess whether vitamin B12 deficiency was due to a dietary deficiency or malabsorption. This test involved four distinct phases:

The Schilling test is no longer routinely used in the clinical setting. However, it may still appear on the USMLE.

Did you get it right? The correct answer was E.

Answer B: Complement mediated destruction of red blood cells is the pathophysiology of paroxysmal nocturnal hemoglobinuria, which is a form of hemolytic anemia and thus would be a normocytic anemia. On laboratory studies, normocytic anemias have an MCV of 80-100 μm3.

Answer C: Anemia of chronic disease occurs as chronic inflammation impairs the release of iron from macrophages and decreases the intestinal absorption of iron. It is most commonly seen with conditions such as lupus, rheumatoid arthritis, and chronic kidney disease. Here, anemia of chronic disease should be eliminated as a possible answer because it typically presents as either a normocytic (most common) or microcytic anemia.

Answer D: Dietary deficiency of folate can result in a macrocytic anemia. However, folate is found in leafy green vegetables. Given that this patient eats a balanced diet with fruits and vegetables, folate deficiency is much less likely than vitamin B12 deficiency secondary to deficient intestinal absorption.

Bottom Line: Vitamin B12 deficiency can be seen in patients with Crohn disease due to impaired intestinal absorption of vitamin B12. In these cases, oral supplementation with vitamin B12 will not result in an improvement of their anemia or symptoms.

Make sure that you are comfortable differentiating among the different types of vitamin deficiency that can result in anemia. These topics are frequently tested together on the USMLE.

Which of the following best describes the mechanism of action of the pharmacologic agent most likely responsible for this patient’s laboratory findings?

The correct answer is: E

Thiazide diuretics such as hydrochlorothiazide are frequently used in the outpatient treatment of hypertension, especially in African American patients, as they have been shown to be especially beneficial in this population. Thiazides work by inhibiting sodium chloride reabsorption in the early part of the distal convoluted tubule (DCT) that serves to diminish the diluting capacity of the nephron and induces diuresis.

As such, it is important to schedule a patient for follow-up laboratory studies after initiating treatment with a thiazide diuretic. Also note that, in both clinical practice and on the USMLE, patients may have none, one, or multiple of these aforementioned adverse events.

Answer B: Angiotensin-converting enzyme (ACE) inhibitors, such as lisinopril, are frequently used in the outpatient treatment of hypertension. They are often used in patients with diabetes as these drugs are also nephroprotective in this population. Adverse events of ACE inhibitors include a dry cough, angioedema, and hyperkalemia. They are not associated with hypercalcemia.

Answer C: Beta-blockers are often used in the treatment of hypertension as they decrease both cardiac output and renin secretion. Beta-blockers decrease renin secretion via beta-1 receptor blockade of the juxtaglomerular apparatus cells. Beta-blockers do not cause hypercalcemia. Adverse events of beta-blockers include bradycardia, heart block, sedation, fatigue, exercise intolerance, erectile dysfunction, dyslipidemia (metoprolol only), and asthma or chronic obstructive pulmonary disease exacerbations (nonselective beta-blockers only).

Answer D: Hydralazine is an arterial dilator that may be used in the outpatient treatment of hypertension. Hydralazine causes vasodilation via increased cGMP, which results in smooth muscle relaxation. Given that its main effect is arterial dilation, use of hydralazine can result in rebound tachycardia. Additional adverse events include drug-induced lupus, fluid retention, headache, and angina. Hydralazine does not cause hypercalcemia.

Bottom Line: Thiazide diuretics are frequently used in the outpatient treatment of hypertension and work by inhibiting sodium chloride reabsorption in the distal convoluted tubule in order to induce diuresis. Thiazides also decrease calcium excretion and, as such, can result in the development of hypercalcemia.

Tip #1: If you struggle with multistep questions such as this, you can try working backwards from the answer choices. Here, you could have converted each answer to the medication whose mechanism of action it was describing. From there, you would ask yourself: (1) Would this be used to treat hypertension, and (2) could it cause hypercalcemia? Make sure to take advantage of this being a multiple-choice test and learn to work backwards on 2-step and 3-step questions.

Tip #2: The USMLE will frequently ask you questions about a medication without telling you what that medication is. Instead, you will need to identify it based on things like: what is it being used for or what laboratory changes and adverse events developed after using it. Make sure to know the medications that you would use for the treatment of common conditions such as hypertension, diabetes, and dyslipidemia.

A 40-year-old man presents for magnetic resonance cholangiopancreatography (MRCP) as part of ongoing evaluation for fatigue. He notes several other additional symptoms but is unsure if these are related, given that they have been present for many years. Laboratory studies had been ordered by his primary care physician and were remarkable for elevated alkaline phosphatase and direct bilirubin. He occasionally drinks a glass of wine or beer with dinner but denies tobacco or intravenous drug use. MRCP is performed and reveals a series of strictures and dilations in the intrahepatic and extrahepatic biliary ducts. This patient most likely has a history of which of the following additional symptoms?

The correct answer is: A

The MRCP findings seen in this patient are indicative of PSC, a form of biliary tract disease that results in concentric bile duct fibrosis of both the intrahepatic and extrahepatic bile ducts. Biliary fibrosis impairs the flow of bile, resulting in an increase in direct (conjugated) bilirubin and alkaline phosphatase on labs. Given that most patients are asymptomatic, PSC is often discovered incidentally due to the evaluation of these abnormal LFTs. When present, common symptoms include fatigue, jaundice, right upper quadrant pain, and steatorrhea.

PSC is most common in male patients with a history of inflammatory bowel disease (most commonly ulcerative colitis); as such, this patient could have noted a prior history of abdominal pain and bloody diarrhea.

Answer B: Wilson disease is caused by an autosomal recessive mutation in the hepatocyte copper-transporting ATPase and results in decreased copper excretion into bile. Subsequent copper accumulation can affect the liver, brain, cornea, and kidneys. In the brain, copper frequently deposits in the basal ganglia and causes symptoms such as dysarthria, dystonia, tremor, and parkinsonism. Wilson disease is not a risk factor for PSC.

Answer C: The presence of epigastric pain that improves with meals is suggestive of a duodenal ulcer. Duodenal ulcers are commonly caused by Helicobacter pylori but may also be found in patients with a gastrinoma (Zollinger-Ellison syndrome). PSC does not increase the risk of duodenal ulcers.

Answer D: Hereditary hemochromatosis is caused by an autosomal recessive mutation that results in increased absorption of iron by enterocytes and symptoms secondary to iron deposition. Patients are frequently approximately 50 years of age and may complain of joint pain, new-onset type 2 diabetes mellitus, hyperpigmentation (“bronze diabetes”), loss of libido, hepatomegaly, jaundice, and cardiomyopathy. Hereditary hemochromatosis is not a risk factor for PSC.

Answer E: In patients with PSC, biliary fibrosis impairs bile flow and can result in fat malabsorption and the presence of steatorrhea. As a result of impaired fat absorption, patients are at risk of developing deficiencies in the fat-soluble vitamins (vitamins A, D, E, and K) and may present with associated symptoms. Watery diarrhea is not seen in patients with PSC.

Bottom Line: Primary sclerosing cholangitis (PSC) most commonly occurs in males with a history of ulcerative colitis. Diagnostic features of PSC include increased alkaline phosphatase and direct (conjugated) bilirubin on labs and imaging that shows dilation and strictures within the intrahepatic and/or extrahepatic bile ducts.

Make sure to understand the key differences between primary biliary cirrhosis and primary sclerosing cholangitis. Students frequently struggle to differentiate between these two pathologies on the USMLE exams. USMLE Step 1: Everything You Need to Know as You Prepare 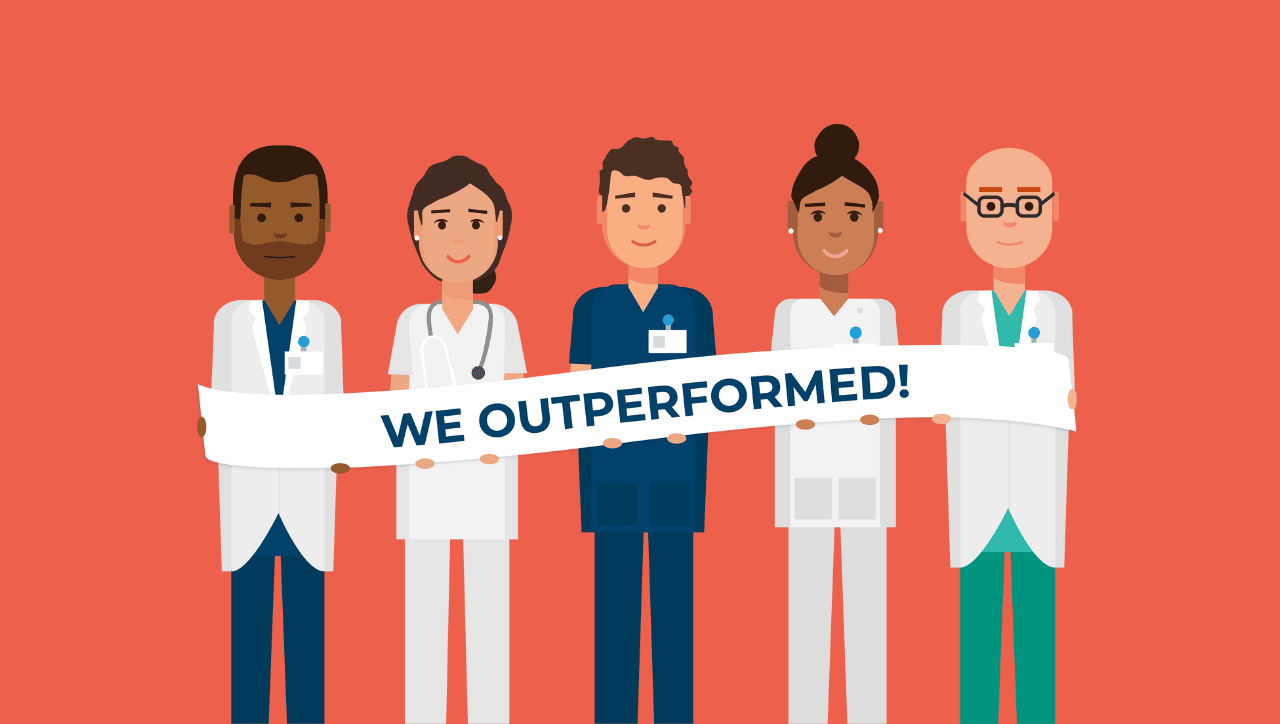