How to Study for the NAPLEX Pharmacy Exam [Study Tips Series]

We asked a pharmacy resident, for advice and suggestions on how to study for the NAPLEX exam.

Find a Quiet Place to Study

I’m the type of person who’s easily distracted. I lose focus if I hear people talking, receive a notification on my phone, or if I study at home. I need silence. During undergraduate coursework and in pharmacy school I preferred to study alone in the school library. I would search for an empty table in the library, but sometimes got lucky and scored an unoccupied study room. This isolation freed me from distractions. The library was always (almost always) quiet, I never felt the need to get up and hunt for a snack (as I did at home), and I was always left alone (well, mostly). I admired my peers who could study while listening to music. I did not possess that skill. Sometimes I put on my headphones with no music to help muffle potential noises, or if I did put on music it would not have any lyrics.

Typically, I studied after my last class of the day. Small breaks between classes were used to work on assignments, catch up on emails, or just relax (not often). Larger gaps between classes I used for studying if I was able to walk to and from the library. Studying after midnight, on Saturdays, or the morning of a test were off-limits. I did my best to stick to these rules but admittedly broke them on occasion. Studying too late into the night led to diminishing returns due to sleep being sacrificed. I made it a point to not study on Saturdays because I felt it was important for my sanity. Rarely did I study the same morning I had a test. I learned in a physiology class that studying within 3 hours of a test can have negative consequences, and adopted this mantra.

Use NAPLEX Tools and Question Banks

For most of my classes, I printed out the PowerPoint slides, 6 slides per page, and brought them to class. I handwrote my notes on these handouts. When it came time to study, I re-wrote the material, in my own words, in a blank notebook. I would then read and re-read my notebook, referring to the printed slides for any pictures of diagrams necessary, until I felt prepared for the test. I utilized flashcards for long lists of information that needed to be memorized. For example, drugs for which I needed to know the mechanisms of action. Rather than going the old pen and paper route, I used a program called StudyBlue, which is owned by Chegg. I created the flashcards on my laptop and studied them on my phone. As you study the flashcards, the program keeps track of the cards you got wrong and right and estimates your mastery of the material. I didn’t consider a set of flashcards complete until I reached 100% mastery. StudyBlue was a lifesaver when I was learning spectrums of activity of antibiotics.

Review Everything at Least Once

By in large I studied material in the order it was presented to me. I did so simply because that’s how my mind works. I quickly went through the material I had a better understanding of. If I had flashcards, I would get through those before studying other material. Getting through my flashcards first made it easier to study the rest of the material.

Balance Studying with Other Responsibilities

I always kept a planner, whether it was a Moleskine notebook or one of those free planners schools handed to students. This is how I stayed organized and kept deadlines. To help balance studying with other priorities I used Eisenhower’s Principle (I didn’t know the name of this during my studies, but I used the same logic). Meaning, I listed (whether mentally or on paper) the things I needed to get done that day (or week, month, etc.) and put them into one of the following 4 categories: important and urgent, important but not urgent, not important but urgent, and not important and not urgent. I then proceeded to complete the tasks at hand in that order. This helped me prioritize the competing responsibilities and minimize tasks that were just distractions.

I have probably learned more from my mistakes than my successes. As such, I have a few study methods that did not work for me I’m willing to share. First was trying to study with music. Studying can be boring at times and I thought music might help. The problem was that I found myself focusing more on the music than the study material in front of me. Once in a blue moon, I would put on music with no lyrics while I was studying. But this was rare and didn’t enhance my studying, but also didn’t make it worse.

My second failed method was studying in groups too early. Now, I’m not saying that studying in groups is not helpful, but for me, there was a time and a place. We all learn things at different speeds. If I met with a group and hadn’t yet studied the material myself, I had a hard time keeping up with the group. On the flip side, I found great benefit in study groups after I had a decent understanding of most of the study material. This way I was able to help others learn by explaining things in my own words, which also helped solidify my understanding of the information. I’m a big believer in the thought that if you aren’t able to clearly explain something to someone else, then you don’t understand it enough.

Lastly, reading through study material without re-writing in my own words did not work for me. For the information to stick in my brain, especially more complex information, I had to re-write it. I had to turn bullet points from PowerPoints into complete sentences. Unfortunately, it takes a long time to handwrite a bunch of information. I’ve tried to save time by just reading through the material, but it just wasn’t good enough for me.

Be Efficient by Focusing

The most important thing for efficient and effective studying is deep focus. Regardless of the technique that works for you, it should allow you to focus only on the material you’re studying and avoid distractions. My mind wanders, and if I don’t eliminate distractions around me I cannot focus. I’ve also found that when I’m in deep focus time seems to fly by. As you begin to develop the study method that works best for you I would highly recommend identifying the things that distract you the most. For me, it’s essentially any noise. So I prefer to study in a quiet library with no music.

There’s no one-size-fits-all approach to how to study, but I believe if you can figure out how to maintain a deep focus while you are studying, you will be just fine.

Get a Free Trial 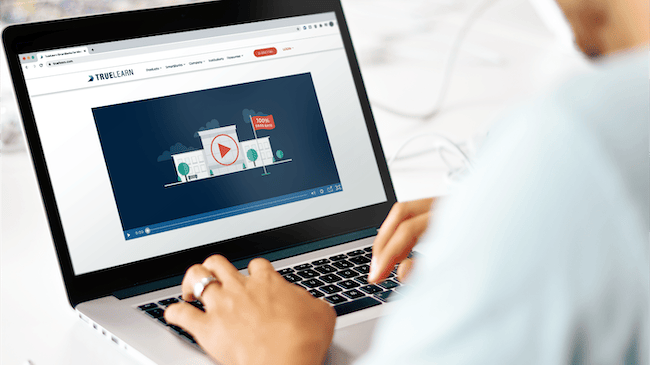 How to Prepare for the NAPLEX by Dr. Barker with Insights on... How to Increase Your Chances of Getting a Pharmacy Residency...